A single incident changes history; One Would Be Wrong… 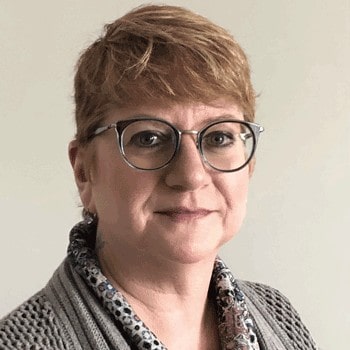 When asked about an industrial tragedy and specifically one that proved to progress health and safety for the better, first thoughts always turn to the Triangle Shirtwaist Factory fire of 1911. Where mostly immigrant women and children were imprisoned to keep them on the job working six days a week in deplorable conditions, it was the habit of factory owners and supervisors at that time to lock exiting doors. They did this to prevent the theft of product and maintain workers at their workstations. On March 25th, over one hundred and forty souls lost their lives to this one workplace fire in New York City. Many of the deaths resulted from people leaping to avoid burning to death. Some may propose this fire as the root cause of the establishment of universal health and safety legislation in the United States, it did drive the movement forward but not by a direct route.

Although, one may think that this incident was catastrophic enough, touched enough lives to be a catalyst for change. In this case, one would be very wrong.

No lone tragedy changed the path of health and safety in the United States. When history repeated itself in 1958 at the Monarch garment shop, also in New York City, the fire killed twenty-five workers that were unable to escape because of locked doors and other poor working conditions like blocked exit ways. People remembered the Triangle fire, this and other tragedies combined to create community sentiment that demanded these tragedies stop. People say that every word written in the Occupational Safety and Health Act (OSH Act) as well as other regulations is written in worker’s blood over the course of industrialization.

For example, OSHA’s 29 C.F.R. 1910 Subpart E requires employers to provide such fundamental safety requirements as an adequate number of exit routes for the configuration of their workplace and the number of employees working in their buildings to prevent accidents like the two in New York. The standard also serves to define routes of egress as the path to, through and away to a place of safety for each employee. The standard expounds the anticipation that these routes must be kept free from obstacles and that the exit doors must be clearly marked and unlocked. Furthermore, every door that does not exit the building must be clearly marked either to the purpose of the room behind to door, such as closet, or that it has signage that states it is not an exit. These fires eventually reached further than OSHA; together they touched consensus standards as well. Fortunately, fire protection codes through the National Fire Protection Association (NFPA) are present to protect communities and can overlap to protect workers as well.

In fact, there are times that the fire and life safety codes are more comprehensive than the federal statutes, which must be negotiated and agreed to by multiple groups during the process of being created and updated before promulgation. OSHA’s 1910.39 sets forth minimum standards for employer fire prevention plans that include the plan be reduced to writing if there are more than ten employees. The written plan must include a list of all major fire hazards and possible ignition sources. The plan has to include how to extinguish those fires. All of these elements must be communicated to employees plus, and most importantly, the means that each employee can take to protect themselves in case of an emergency. But, the NFPA 101 goes further than OSHA’s requirements by mandating that the minimum fire protection standards define exit routes as those exits that lead to a safe haven. These two resources of emergency safety and health standards have soothed the American communities’ and workers’ concerns immensely.

While the Triangle Shirtwaist Factory fire raised the original peak in community groups’, faith based organizations’ and labor’s efforts to create a minimum health and safety program in the United States, many more of these horrible incidents occurred before laws were changed to protect people. These groups stood together and demanded changes in legislation on a local, and eventually on a federal level, that lead to the federal government’s involvement in the scope of health, safety and fire codes. What first started in New York then matured to be the framework for our current OSH Act and resulting OSHA Standards. One might think that this would be the end of workplace fires involving workers being locked into their work stations without means of egress. In this case, one would be wrong.

Just one year before the centennial anniversary of the Triangle Shirtwaist Factory fire, Chinese officials heralded the Jilin Baoyuanfeng Poultry Plant. The government proudly proclaimed that the factory was growing so quickly that they would soon be creating a place for themselves in the international market. The government and Chinese commerce were pleased that the factory’s cash worth had grown to more than $59 million from a mere $23 million a short time before. Politics and profits have been closely related throughout history, clouding leaders in both arenas motivations and estimation of value. In Jilin, the company’s owners desire to optimize profits lead to deplorable working conditions and an unwillingness to invest in process improvements and other safety measures in an effort to maintain their bottom line. These corporate values led to yet another tragedy on Tuesday, June 3, 2013 in that very same poultry plant.

First the facility suffered an ammonia leak, which lead to an explosion. Then, the explosion led to a fire that killed at least 120 people and injured many, many more. In this instance again, supervisors locked the doors to keep workers at work and to prevent the product from being stolen. The addition of the hazardous chemical used for refrigeration, ammonia, placed a modern twist to the same old story of profits outweighing safety precautions and the welfare of employees. This factory stored fifty tons of liquid ammonia to refrigerate the poultry in thirteen different storage vessels. Only one tank was released during the incident, twelve more vessels remained to be managed both during and after the fire. This raised public awareness and outcries in China much the same as was heard after the Triangle Shirtwaist Factory and Monarch fires in New York City. These cries included where were the company’s plans to mitigate these accidents, how did it kill so many and what will happen now to prevent another such tragedy?

There were no regulations safeguarding workers in 1911 when the Triangle Shirtwaist Factory burnt. The industrial revolution was young as was the country and its laws. But, what of the forty-seven years between that Triangle tragedy and the Monarch garment shop fire? There were no standardized regulations until President Richard Milhouse Nixon signed the Occupational Safety and Health Act into law, on April 28, 1970. Will the Baoyuanfeng Poultry Plant fire of 2013 bring legislation forward in China? Not likely if history is to continue repeating itself. But, how would the fire in China affect the United States? The United States had laws requiring safety consideration in effect in 2013. In fact the Fire Prevention Standard was in place in general industry since 1980 (60 years after the Triangle fire).

The fire in China spurred Compliance Safety and Health Officers (CSHO) in the United States to focus their attention on the subject of means of egress when completing inspections. An enforcement memorandum was issued on June 10, 2013 instructing them to pay particular attention to locks on exit doors and other barriers to exiting the workplace during and emergency. Companies became aware of OSHA’s focused surveys and began monitoring or reviewing their own compliance with the regulations in an effort to avoid penalties and fines as warned by an OSHA law update. The fire in China may have saved America’s workers lives by bringing old tragedies into the light again.